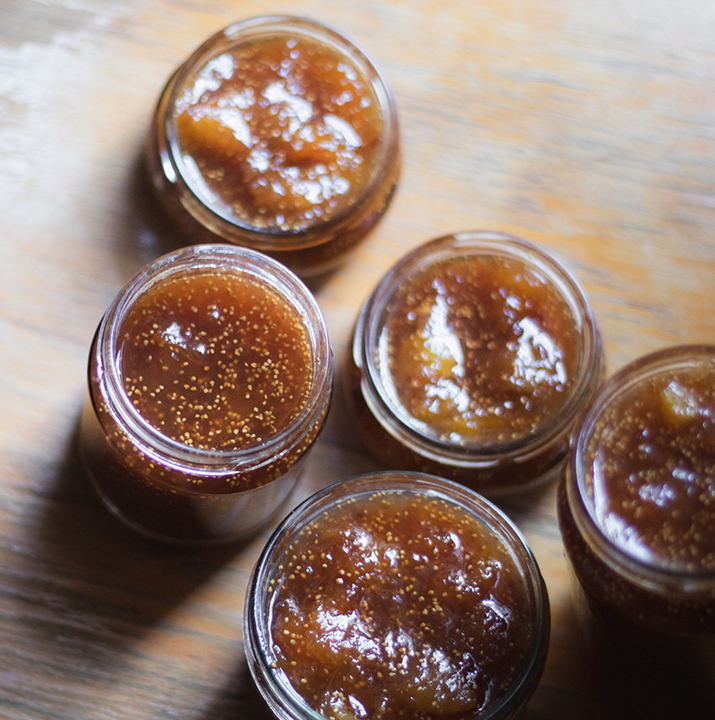 In these late summer and early autumn days, I like to preserve some of the delicious seasonal fruits by making different kinds of jams. Sterilising the glass jars properly is an important step in the storage of such homemade jams.

The better you sterilise the jars, the longer your jam will last outside of the fridge without developing mould or bacteria before you open a jar. Once opened, of course, the jar of homemade jam should be kept in the fridge and eaten as soon as possible.

I recently made my second batch of this easy plum jam without added sugar for this year. I made sure to sterilise the jars with rakija (Croatian strong drink; fruit brandy) prior to filling them with my jam, and also in the oven after filling and closing.

If your jars and lids have already been used, you’ll need to wash them before sterilising to remove any possible food leftovers. Then, you can sterilise the jars and lids in one of these ways:

Pour water into a large pot and bring it to a boil. Ideally, put some metal element (some kind of a rack or a vegetable steamer) on the bottom to keep the glass jars away from the direct heat.

Put your jars into the pot with boiling water, on top of the rack, and leave them inside for five to ten minutes over a low heat.

2. Sterilising jars and lids in an oven

Preheat the oven to 90 or 100 °C and place the jars and lids on a baking tray. Leave them in the oven for around ten minutes.

3. Sterilising jars and lids with ethanol

This is the “lazy way” to sterilise jars for jam, but I sometimes do it if I don’t have any more space on my stove or in the oven.

To sterilise the jars and lids, just use the strongest alcohol you have on hand, pour some in the jars and wipe them thoroughly with a clean kitchen cloth.

I often have plain old Croatian rakija in my house. It is a pure distilled fruit spirit with 40% ethanol volume fraction, so it does the job. Medical alcohol (70% ethanol) will be even better.

4. Sterilising the jars after filling them with jam

After having sterilised and filled your jars with homemade jam or other preserve, you might want to heat them again after you seal them.

This last step is not always completely necessary, but I like to sterilise the filled jars with jam once again after closing them. This is particularly useful for jams and marmalades with lower sugar content.

Before filling the sterilised jars with freshly cooked jam, I like to let the jam cool down to around 80 to 100 °C – that way it will still be too hot for any microorganisms to survive, and cool enough not to crack the jars.

If your jars were just sterilised with heat, they will probably still be hot or at least warm – this is good because you’ll avoid “shocking” the glass with hot jam. Pour your jam into the jars and cover with lids while it’s still hot.

Now, place the filled closed jars into an oven and sterilise for another ten minutes at 90 to 100 °C, or sterilise them in a hot water bath for another five to ten minutes, as described above. This step will additionally protect your jam from any microorganisms that could potentially cause spoiling.

Jam and marmalade recipes to try

If you haven’t already, I really recommend you to try some of my homemade jam and marmalade recipes:

If you decide to give these delicious homemade jams a try, I hope that the tips for sterilising jars from this article will help you prepare the jars properly – in order to keep your jams tasting fresh for many months to come. 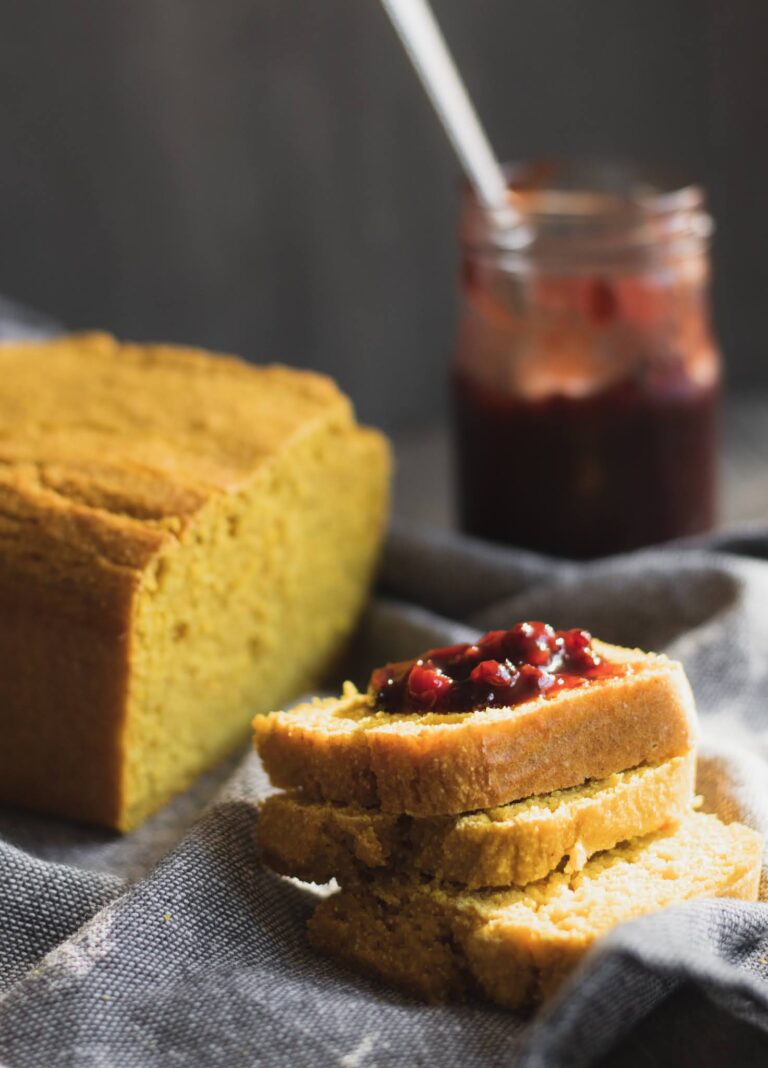 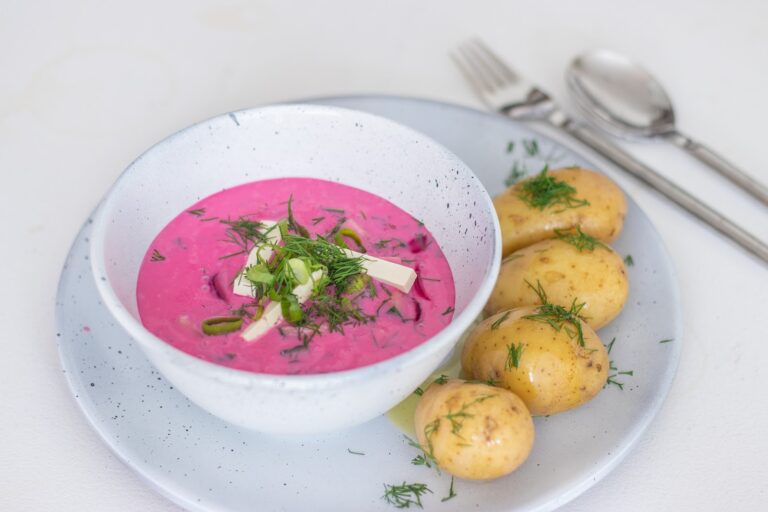 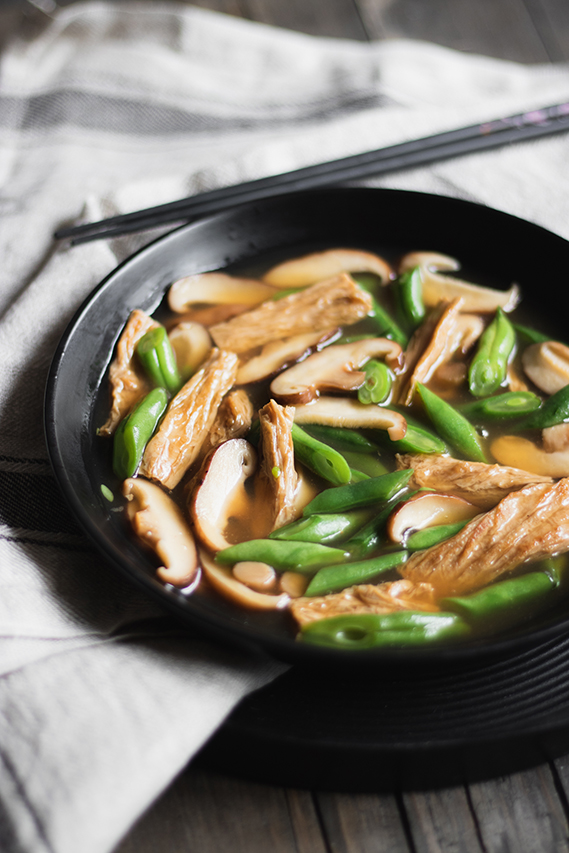 Tofu skins, or yuba, are one of my favourite foodstuffs. I have already written about them in this homemade tofu skin recipe article, and today I would like to share a simple recipe for braised yuba with vegetables. Have to admit it, I am a huge fan of simple stir-fry dishes with vegetables, that require… 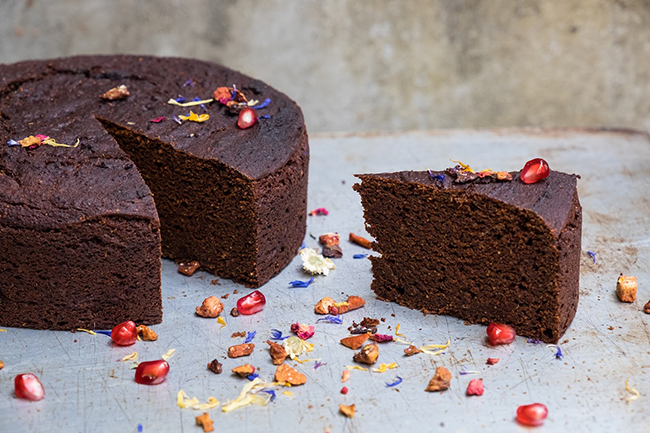 Today I’d like to share a simple recipe for a delicious carob sponge cake. This cake is super tasty, easy to make, and it doesn’t contain any refined sugar, wheat, dairy or eggs. It is the perfect Mediterranean dessert that is rich in flavour and made from real ingredients. To make this easy vegan carob… 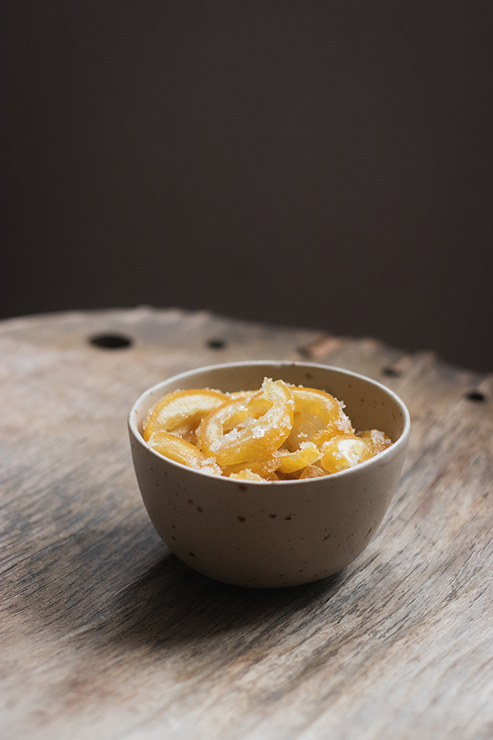 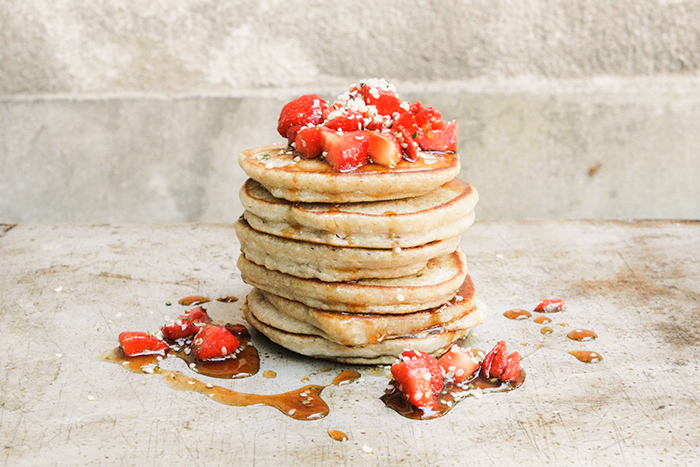